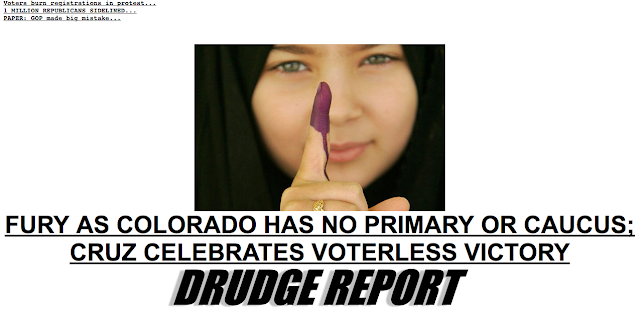 One would think that a conservative news sight would try to stay a bit neutral but it what Drudge is now doing has caused it in my mind to lose ALL CREDIBILITY.  I have stopped reading Drudge with any regularity and am saddened by what I used to think was a great news aggregate.
at April 11, 2016